It was our number one consideration when house shopping. Location largely determines the value and desirability of a home. A beautiful home too far from work or in a bad school district has little attraction to the buyer. It makes a huge difference where a home is planted.

The same can be said about the location, or context, of a passage of Scripture. The reason we study the Bible is to glean truth from God—to discover His perspective, His instruction, and hear His heart. So the last thing we should want to do is put words in His mouth! Ignoring the context can result in an interpretation that means something far different than God ever meant Scripture to communicate.

Several years ago I read a devotional with that kind of error. The author wrote of a certain third-world country recently coming to financial ruin, resulting in many children now living on the streets. Her hope was that God would send them someone to declare the words of Hebrews 6:9: “We are confident that you are meant for better things, things that come with salvation.” The writer basically interpreted the verse as a promise of a better financial future for those who believed the gospel. The Scripture she chose seems to validate her claim… until you look at its context.

Hebrews 6 begins with an encouragement to believers to press on to maturity. As a warning, the negative example is given of some who had experienced salvation but eventually fell away. “But, beloved, we are convinced of better things concerning you, and things that accompany salvation…we desire that each one of you show…diligence so as to realize the full assurance of hope until the end.”

Hebrews 6:9 is not a promise that prosperity or physical blessings will accompany salvation! It is an exhortation to believers to be diligent and persevere. This devotional writer’s careless interpretation promised something to her readers that God has never pledged to do.

Carefully examining context is one of the best ways to avoid this kind of error.

Answering two key questions can help us bring the context of the passage into focus:

Thinking through these questions helps us dig deeper into the Word, and often uncovers great truths in the process.

As an example, let’s look at the miraculous feeding of the 5,000 in Mark 6. While the order of events in the gospels are loosely chronological, they are better seen as parts of a context the author is purposefully building to make a point to his readers.

A look backward at what comes just before the miracle gives insight. The disciples had been sent out by Jesus to surrounding cities to preach repentance and the kingdom of God (Mark 6:7-13). They returned flushed with success, glorying in the miraculous power they had been given to heal which validated their preaching (Mark 6:30). It was a heady taste of their future apostolic ministry. But Jesus knew their experience was only part of what they would experience. It would not be only glory and excitement. There would be plenty of hardship, discouragement, and exhaustion as well. They would need to learn about abiding in Him.

So He said to them, “Come away by yourselves to a secluded place and rest a while.” (Mark 6:31) The group boarded a boat and headed to the wilderness.

But when they arrived, a crowd was waiting for them. Jesus spent the day teaching and healing with the still-tired disciples working by His side. Finally, as the day wound down, the disciples approached Jesus. They were anxious for some of that rest He had promised. Send the crowd away, they urged. They are hungry and need to take care of their needs.

Jesus had other plans. “You give them something to eat,” he told them.

Wait…what? There was not enough money in the till for that. This was an impossible number. Jesus sent them looking for food in the crowd. All they could come up with was a boy’s lunch of five loaves of bread and two fish: woefully inadequate to feed 5,000. But Jesus assured them: it would be enough.

Jesus miraculously provided the food. But He kept the disciples involved. He told them to organize the crowd, seating them in groups of hundreds and fifties. He had the disciples distribute the food as it was created. The crowd ate and was satisfied. Then the disciples were ordered to gather up the leftovers.

It was a lot of physical labor. I imagine it took some effort just to follow Jesus’ orders, considering they had just returned from extended travels. But in the end, the disciples had learned a huge lesson on what it meant to (truly) rest in Christ.

We think of rest as putting our feet up and taking a little nap. The rest Jesus wanted to show them was in placing their trust in the power of God. He would use the disciples to build his kingdom. They would be the hands and feet of Christ. But they needed to know the conviction of hearts and the transformed lives would be God’s work. They were merely messengers.

Would it be enough? Yes, abundantly more. The twelve leftover baskets were proof of that. A basket full of uneaten food was left for each disciple. God would provide more than they could even use. They could rest in His power alone.

Do you see how the context adds such rich meaning to the miracle? Never miss the surrounding details. They are key to unlocking wonderful truths.

A second example of how context makes a difference can be found in a parable Jesus taught. I recently heard a speaker teach on the story of the house built on sand from Matthew 7:24-27. His main point was we build our house on rock by our obedience. In other words, our righteous acts lay a firm foundation. If we weren’t obedient, he warned, we did not belong to God. We may call Him Lord, but we are fooling ourselves.

What?? I was floored. How much obedience would qualify me? Because I fail to obey time and time again. If it is up to my actions, I am doomed. Then the words to an old hymn ran through my mind, assuring me: “My hope is built on nothing less than Jesus’ blood and righteousness…On Christ the solid rock I stand, all other ground is sinking sand.” My foundation was in Christ alone.

Where did this speaker go wrong? He missed the context around the parable. If only he had just gone back a few verses! In Matthew 7:15, Jesus begins the larger context by warning the disciples that false prophets would come, looking like harmless sheep, but who were actually ravenous wolves. They will claim to know Him, even call Him Lord, but in reality, they won’t know Jesus at all. You’ll know them by their fruits, he told them. Their false doctrines will lead people away from God.

Then Jesus says a single word: therefore… connecting this warning with the parable he is about to tell: a metaphor comparing building lives on His words to building a house on a rock foundation. “Therefore, everyone who hears these words of Mine and acts on them may be compared to a wise man who built his house upon a rock…” (Matthew 7:24)

Listening to the false prophets, on the other hand, is like the man who builds his house on sand, Jesus continues. The first storm that comes along will knock that home right to the ground. Determine to base your faith on the rock solid truth of my words rather than the shifting sands of false teaching.

The connection the speaker missed was Jesus’ focus on the truth vs. false doctrine. Both men in the parable were builders. But there was a huge different on where they were building. Base your faith and lives on the Lord Jesus’ words of truth, not on the lies of an imposter.

Both of the above examples show how taking context into consideration brings a better understanding of a passage. We need to see smaller portions of Scripture as part of a whole—an example or further detail that the writer is using to bring his main point home. Interpreting Scripture through use of its context will bring a richness and clearness that pulling it out of context will never afford. 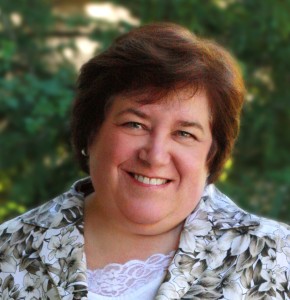 Julie Coleman has been bringing audiences into a richer understanding of God through the transforming power of His Word for over two decades. With enthusiasm, transparency, and humor, she delights in helping others discover the unexpected sides of God.

Julie holds a Masters in Biblical Studies from Capital Bible Seminary. Her book, Unexpected Love: God’s Heart Revealed through Jesus’ Conversations with Women (Thomas Nelson Publishers, 2013), was named non-fiction book of the year by the Advanced Writers’ and Speakers’ Association. She is a popular speaker for women’s events nationwide. She has been featured on many radio shows including Moody Radio’s Midday Connection as well as The Harvest Show on television.

In her former career as a school teacher, Julie won multiple awards including Anne Arundel County Teacher of the Year. She and her husband make their home in the Annapolis, MD, area. They have four grown children and six grandchildren. When she is not teaching or writing, Julie loves cooking, sewing, and being taken on daily walks by her dog Sasha.

Do you struggle to find time and ways to begin your day in God’s presence and in the Word? True confessions: me, too…many, many days! I wanted to bring your attention to Julie’s book 15 Minutes a Day in Colossians, because in it Julie provides a way to dive deep into God’s Word in, ahem, well, 15 minutes a day. You know it’ll be a good, rich start to the day if you’re learning, growing, and stretching in your knowledge of Scripture and placing yourself in God’s presence.

Finally, for the sake of full disclosure, I broke up Julie’s text with the subtitles you see here. These are my own writing. You can blame me if you don’t like them. 🙂