A Tool for Personal, Family, Spiritual, and Leadership Development

I’m always looking for ways to understand why and how I think, feel, and behave as I do throughout life, in all areas. Typically, it’s because I’m trying to understand how I can think more clearly, feel more clearly and fully, and behave more consistently and productively. I also seek knowing how to have fuller and more loving and/or productive relationships, depending on whether we’re talking about the context of work, family, God, or friends. I read and pray over the words and stories in the Bible daily (my ideal), or at least regularly, for these reasons and I’ve also used several kinds of personality tests/indicators with these ends in mind. I’ve taken the Meyers-Briggs Type Indicator, as well as others, several times over the decades. They’re all useful for what they are. They all have their limitations and their helpfulness.

Because I’m a member of the Redbud Writers Guild (power on, sistas), I’m on InterVarsity Press’s “advanced copy” list for several genres of books, all nonfiction and mainly biblically- and theologically- oriented (as opposed to, for example, philosophy, poetry, Bible study (per se), inspirational, spiritual formation, etc.). But recently, I was surprised to receive a Christian self-help book (i.e. spiritual formation) called The Road Back to You by Ian Cron and Suzanne Stabile.

I recall some twenty years ago picking up a book on the enneagram and wondering, simultaneously, “What in the world? Where has this been all my life? This [one of the numbers/categories] describes me to a ‘t’!” and “Is this satanic and/or new age?” At the time, I can’t say I was an extraordinarily discerning or critically-thinking reader. I stayed within what I thought/perceived was an acceptable safety zone of reading for Christians. After reading significant portions of the book and even after being bowled over by the depth and accuracy of the various personality descriptions and how they interact with self, life, others, and God, I felt ambiguous about the content. Partly out of ingnorance-based fearfulness and partly out of simple ministry-activity overwhelm during that period of my life, I lost track of the book and its content. But I never forgot about it.

Fast forward twenty years, an advance reader copy of Cron and Stabile’s book appears in my mailbox during a time of deep discernment in my life and that of my life in partnership with my husband, David. This summer, we celebrated fourteen years of marriage. I think he’d agree with me if I said the first ten were the most difficult, compared to the last four.

Disclosure: Links in this article may be an affiliate link through which I may make a small commission for leading you to the resource. This supports The Verity Initiative’s ministry on the site and in “real life” and for this I thank you from the bottom of my heart.

When our daughter Ruth, who had multiple special needs, died before her eighth birthday, my husband, Dana, and I were devastated. I don’t say “completely” devastated or “profoundly” devastated, because by its very definition devastation is total. There are no degrees. Rather, we experienced a black, bleak ruin where the flowering, fruitful garden of our lives once grew.

Born in a hospital in Uganda and quickly abandoned, Ruth had spent much of the first year of her life in an orphanage before being diagnosed with cerebral palsy. She then came to Maine for six months of physical therapy. We met her through friends, fell in love with her laughing eyes and contagious smile, and completed a lengthy and complicated international adoption to give her a home.

Was raising Ruth hard? Yes. It was also the most unexpected, amazing, life-affirming, heart expanding experience of our lives. Because Ruth could physically do nothing for herself, our new routine—and our three older children’s—involved daily sacrifice. Yet, loving and serving Ruth filled us with joyful confidence that we were living out God’s will, expressed throughout scripture, to share his love with others. Our purpose was to love Ruth, and we did. Completely.

Then, without warning, Ruth died in her sleep after a mild illness. Not only did we lose a beloved child, I lost my trust in God. How could he allow this to happen? Here we had deliberately sought to obey God, and he had broken our hearts.

For months, I struggled to pray or read my Bible—once familiar practices that had often strengthened and comforted me in the past. For me, there was no comfort, only the aching question of who was to blame for Ruth’s death: us? or God? If us, how could I forgive myself? And if God, how could I trust him?

Discovering a hidden, underlying cause for Ruth’s death—something we could not have anticipated or prevented—slowly helped me let go of the guilt I felt. In the weeks and months that followed, I gave myself permission to feel and express the anguish of having lost our precious Ruth. I needed to mourn, but I also needed to be comforted. For those who trust God, grief is not the intended legacy of life. Love is.

And so, not quite trusting this God who had allowed Ruth to slip from our tender grasp, I opened my Bible to the most melancholy books I could think of, to see if perhaps God would meet me there. Ecclesiastes, which opens with the words, “Meaningless! Meaningless! Everything is meaningless!” seemed like a safe bet. So did Lamentations, which is written in the form of a funeral dirge. I also found comfort in the Psalms, which are full of laments.

“I am exceedingly afflicted,” Israel’s ancient king David wrote in Psalm 119:107. “Revive me, O Lord, according to your word.”

This was what I needed: to be revived. The more I read, the closer I drew to God and the more tangible his presence became to me. I also became more aware of the hurts of others—not just my own. The Bible is full of misused, abandoned, downtrodden, and grief stricken people, including those actively following the will of God. To deny this is to deny the very suffering of Christ and that of other innocent people around the world—those caught in the modern slave trade, those struggling to find water, food, and shelter, those who lack proper medical care, and the millions of children like Ruth, who are still waiting for homes.

While I still ache from Ruth’s loss, looking in the word helped me to connect with the suffering of others and trust God so that I could keep sharing his love. If you read to the end of the book, you’ll discover this story’s not over yet. One day God’s redemption will be complete and suffering will be no more. 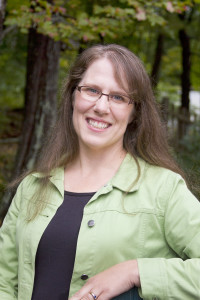 Meadow Rue Merrill is an editor, speaker and Christian columnist who writes books for children and adults from her home in Mid-coast Maine. This is the third essay in a summer-long blog series on trusting God when life hurts. To read other excerpts, please visit www.meadowrue.com