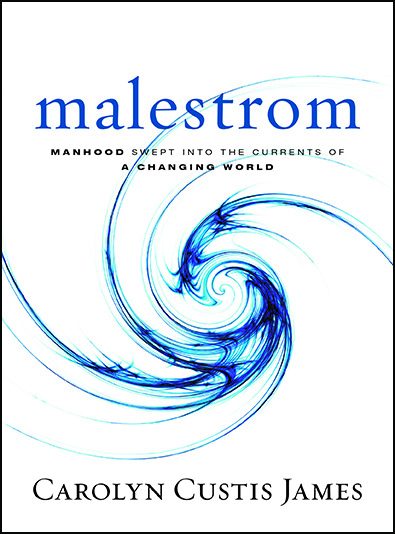 When I first sensed a call to write the book that later became Women, Leadership, and the Bible, people — and I mean an extraordinary number of people — suggested that I needed to contact a woman named Carolyn Custis James. I’d not yet heard of her and she’d only published one book by that time: When Life and Beliefs Collide. I found her, got involved with something she’d launched called Synergy Women’s Network, read When Life…, and have been blessed and stretched by her thoughtful approach to faith and thinking theologically ever since. Also since, she has published prolifically a handful of books that have influenced thousands of women to think more biblically, consider life more theologically, and engage the world’s spiritual and physical issues more robustly and responsibly (book list at bottom of this page)

Today, we feature a Q & A with Carolyn about her latest book, Malestrom.

We’re also doing a book giveaway contest for it using the “Rafflecopter” app:

Carolyn, please tell us how you came to title your book Malestrom.

When I started researching what is happening to men and boys in today’s world, I was stunned and disturbed by what I found. Powerful currents are bearing down on them, causing them to lose sight of who God created them to be as his sons. These currents can be overt and brutal leading to the kinds of atrocities and violence we witness in the headlines—wars, school shootings, beheadings, and the trafficking of men and boys for sex, forced labor, and soldiering. The number of male casualties on the giving and receiving ends of the violence is beyond epidemic. But these currents also come in subtle, even benign forms that catch men unawares yet still rob them of their full humanity as God intended. The repercussions of such devastating personal losses are not merely disastrous for the men themselves, but catastrophic globally as the world is depleted of the goodness and gifts men were born to offer. The maelstrom—a powerful whirlpool in the open seas that threatens to drag ships, crew, and cargo down into the ocean’s watery depths—offered the strong image I needed to represent the power and seriousness of what men are facing. A slight alteration in the spelling, and Malestrom was born.

Has the church embraced a fallen notion of manhood? And if so, what should replace it?

To answer that question, I point to the fact that there is a chapter missing in the Bible—the chapter that would show us what unfallen manhood is supposed to be. The Bible opens with a spectacular display of God in creative action and issuing the exalted mandate for human beings—male and female—to reflect him and to do his work in the world together. But before we witness a single moment of unfallen image bearer living, the Enemy invades and God’s image bearers rebel. They are cut off from their Creator and divided from one another. We are left in the ruins of a fallen world to figure out what God had in mind for us. If our reference points are broken, our conclusions will be broken too. Jesus didn’t come to endorse any human social or political system, no matter how we may try to “Christianize” or improve it. He calls those who follow him to a kingdom that is “not of this world.” Not a kinder-gentler version of how the world does things, but a Jesus, gospel way of living that is foreign to us and to our world. So to answer this question, yes, I believe we have embraced fallen notions of manhood. The Creation narrative doesn’t contain the slightest hint of one image bearer ruling over any other image bearers. Humanity’s call is outward to rule and care for creation for the good of all. What puts this whole discussion in an entirely new and alarming light is the fact that Middle Eastern experts now are linking “the struggle for identity, meaning, purpose” as a major factor that explains why disenfranchised young men (even from the West) are being drawn into the ranks of ISIS and other radical organizations. Social scientists describe an “insidious link” between masculinity and violence that fuels many of the wars that rage across our world. Malestrom is a call for the church to be fearless in putting anything and everything on the table that may stand in the way of reconnecting with God’s original vision, including patriarchy. We should care enough about men and boys—our fathers, sons, husbands, and brothers—to do this. The stakes are serious. We now have ISIS to consider.

How does patriarchy color the understanding of men’s stories within the Bible?

It is unusual for a woman in evangelical circles to write about men, yet you believe women are in an especially good position to offer insights into manhood. Why is that?

Actually, this is familiar territory for us. For decades women have been wrestling with what God calls us to be as his daughters against the tide of cultural and church expectations. The focus of gender discussions and debates has been almost exclusively on us. We want to know what is God’s calling on our lives and how, in this fallen world, we have been disconnected or prohibited from answering that call, and what we can do to get back on track. I’ve searched for a vision, and what I’ve found is moving us in that direction. The assumption has been that men don’t experience similar restrictions; that they really didn’t have problems with identity, purpose or meaning, until women started speaking up. But men are also disconnected and hindered from answering God’s calling on their lives. All of them are. No human being can escape the effects of the fall. Even men who live at the top of the power pyramid can seem to “have it all” one day and plummet to the bottom the next because of a misstep, a bad decision, or because another man (or woman) displaces them. Manhood definitions even lock them off from essential aspects of themselves that should characterize every Christian—love, mercy, gentleness, kindness, compassion, and the readiness to weep with those who weep. Not only have I come to this discussion with the conviction that we need to ask the same questions for our brothers that we’ve been asking for ourselves, I’m convinced that part of God’s calling on me as a woman is to battle for my brothers. I don’t have all the answers, but I am willing to open the conversation and raise questions. The stakes are high, for this is in many, many situations a matter of life and death. Not only that, but the very purposes of God in the world are hindered until God’s sons and daughters answer his call together. Daunting as all this sounds, it is a venture that is saturated with hope—for we have it on good authority that God loves his sons and has empowered them along with his daughters to be agents of good and blessing in the world and we have plenty of powerful stories in the Bible where that is actually happening. 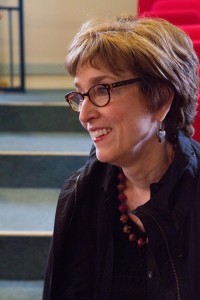 Carolyn Custis James (M.A., Biblical Studies) thinks deeply about what it means to be a female follower of Jesus in a postmodern world. As a cancer survivor, she is grateful to be alive and determined to address the issues that matter most. She travels extensively both in the US and abroad as a speaker for churches, conferences, colleges, theological seminaries, and other Christian organizations. She is an adjunct professor at Biblical Theological Seminary in Pennsylvania, blogs on www.whitbyforum.com and Huffington Post/Religion, is a consulting editor for Zondervan’s Exegetical Commentary Series on the New Testament, and a contributing editor for Leadership Journal. Her other books include When Life and Beliefs Collide, Lost Women of the Bible, Understanding Purpose, The Gospel of Ruth, and Half the Church. Carolyn and her husband live in Sellersville, Pennsylvania.