You may have heard the term “new wave of feminism.” Today I stumbled across a blog post from earlier this year by one blogger who noticed a “new wave of complementarianism” among her readers via their comments, emails, and books they were recommending she read.

Blogger Wendy Horger Alsup (www.theologyforwomen.org) provided in this post (originally posted April 2013) a very handy summary of what she has called a “new wave” of complementarianism. That new wave has actually been stirring for some time; but, as is so often the case with any epiphany we may experience in life, it is new for many. What Wendy has contributed to the overall discussion, though, is the summary of the organic movement among complementarian women readers who are upping the ante of critical biblical thinking for “the ordinary Christian woman.” They are (presumably) not scholars/seminarians. 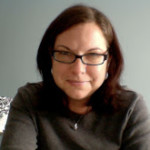 In terms of the “new wave,” I believe Bill Webb’s book (Slaves, Women & Homosexuals) provided a ramp for this discussion when it was published, exploring from an originally very strongly-complementarian perspective. I think that work greased the skids for complementarians to feel they no longer had to tow a super-hard line (see Wendy’s #7), but could become more of a “soft” complementarian (Webb’s word).

The bottom line is always, “Think critically on this for yourself. Study. Compare. Research. Pray.” And more and more women are doing that.